Gaze at the Giant History Mural at Bermuda's National Museum

If you're looking for art on the island, look no further than the National Museum of Bermuda. It's a capsule of more than 500 years of Bermuda's history, with various treasures uncovered from shipwrecks on display. But perhaps most beautiful is the giant "Hall of History" mural located on the inside of the building's walls.

The "Hall of History" Mural

Bermudian artist Graham Foster spent more than three years and 7,000 hours to create the staggering, two-story, 1,000-square-foot masterpiece that tells the epic story of Bermuda's beginnings. Started in 2005, Foster utilizes vibrant colors to render a vast pictorial story of Bermuda's history, breathing into life everything that made a mark on the island.

Starting from the shipwrecked remains of the Sea Venture in 1609, which led to the first settlement in Bermuda, the storyline continues up to modern times including cruise ships and upcoming construction. The mural traces the island's human settlement, flora and fauna, architecture, folklore and traditions, trade, transportation and religion.

The growth and spread of culture can be clearly delineated as you gaze longer at the mural, seeing how Bermuda's history expanded from a simple ship wreck to the beautiful island destination it is today. 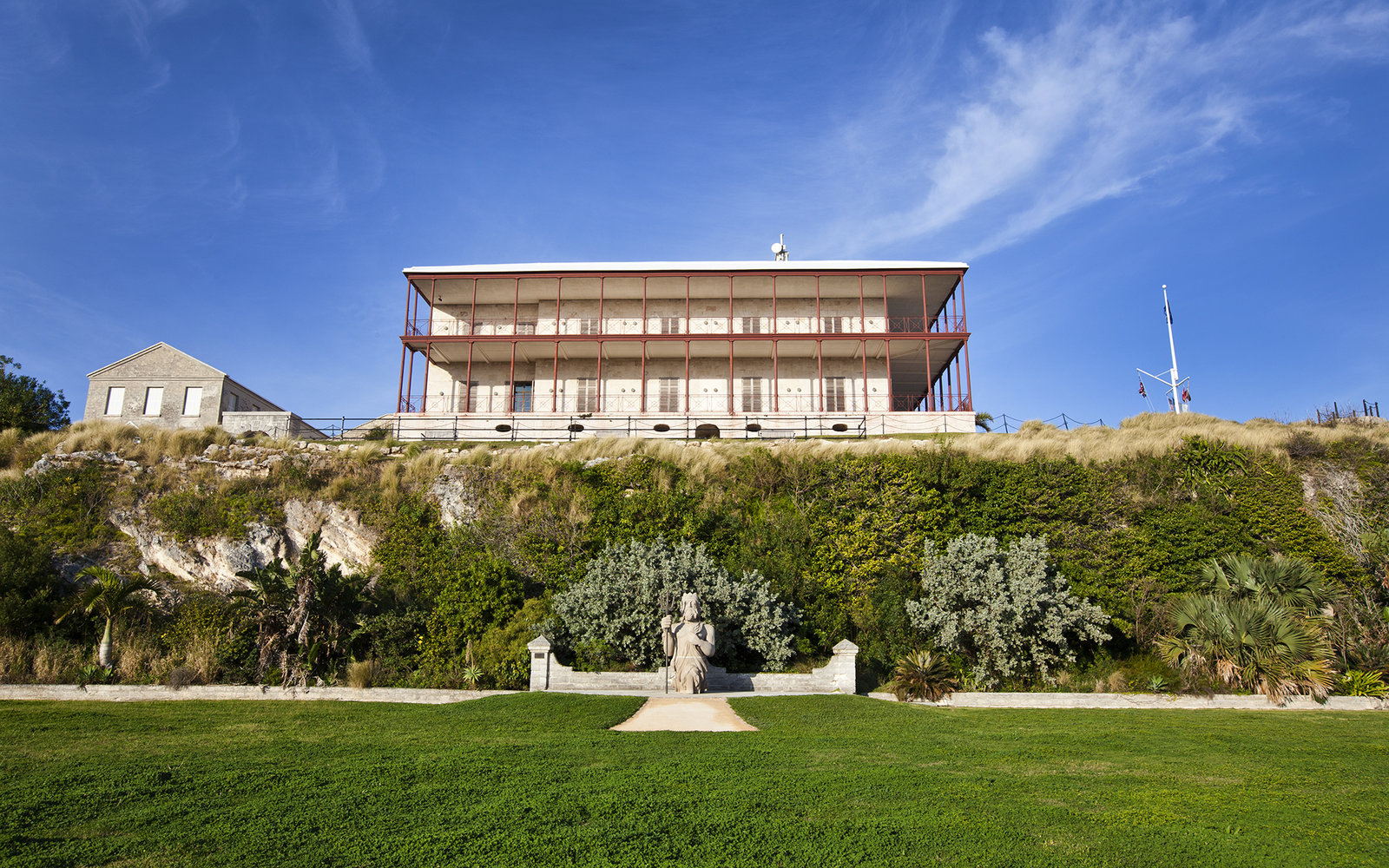 Landmarks to Look Out For

Foster's masterpiece will have you mesmerized for hours, perfect for anyone who appreciates art and wishes to take a historical peek into Bermuda's origins.

Look out for specific landmarks in his mural, like the Railway Trail, which used to be Bermuda's primary mode of transportation but has now been transformed from miles of railroad track to a public walking trail. See if you can find the Town Hall building, as well as any historical houses in town, in the mural. You'd be amazed at how much history the mural holds, and how much of the past still stands today in Bermuda.

Graham Foster was born in Bermuda in 1970, and had been a professional artist since 1995. He received his education in Bermuda College followed by in The Museum School of Fine Arts in Boston, USA.

His art work primarily follows two themes - one is inspired by the flora & fauna, people and culture of the island, and the other more triggered by his subconscious thoughts producing more expressionistic and innovative work.

Other than being a successful painter, Graham is also a well known sculptor specializing in welded steel. In 2002, he became the first Bermudian sculptor whose work was purchased at the Bermuda National Gallery as part of its permanent collections.

Read more about the Top 5 Things to Do in Bermuda »